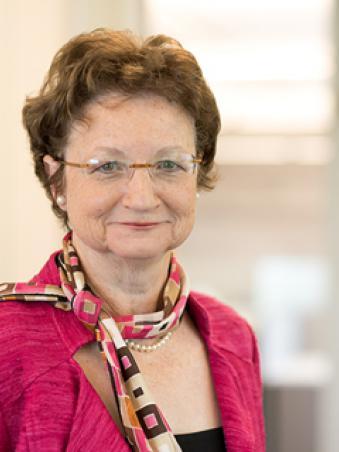 President and Head of Research and Development
Spark Therapeutics

Katherine A. High, MD, received her AB from Harvard University and an MD from the University of North Carolina School of Medicine. Her research began with gene therapy for hemophilia and evolved to encompass potential gene therapies for multiple inherited disorders. She has been director of the Center for Cellular and Molecular Therapeutics at the Children’s Hospital of Philadelphia and president of the American Society of Gene & Cell Therapy, and she served on the FDA Advisory Committee on Cell, Tissue and Gene Therapies. She was a member of the faculty at the University of Pennsylvania and of the medical staff at CHOP, and was an Investigator of the Howard Hughes Medical Institute. She now is President and Head of Research and Development at Spark Therapeutics, which developed Luxturna for treating blindness. In December 2017, this became the first FDA-approved gene therapy using viral vectors.