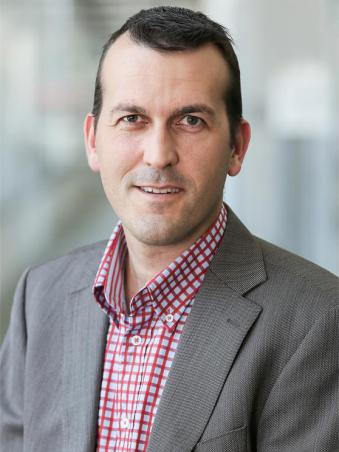 Dimitri Van De Ville is associate professor of bioengineering at Ecole Polytechnique Fédérale de Lausanne. He received his PhD at Ghent University in Belgium in 2002 and continued his scientific career at the Ecole Polytechnique Fédérale de Lausanne, joining the Biomedical Imaging Group to develop research in computational neuroimaging. He became a junior group leader at the University of Geneva Center for Biomedical Imaging in 2005, received an assistant professorship from the Swiss National Science Foundation in 2009, and was appointed associate professor at EPFL jointly affiliated with University of Geneva in 2015. His laboratory at the Campus Biotech in Geneva focuses on extracting brain states from fMRI measurements using advanced modeling approaches based on network science and dynamical systems. He has been awarded the Pfizer Research Award in 2012, the NeuroImage Editors’ Award in 2013, the NARSAD Independent Investigator Award in 2014, and the Leenaards Award in 2016. He is the founding chair of the new EURASIP Biomedical Image & Signal Analytics SAT.